Well, we made it back from the SES Industry Days 2019 in Luxemburg and, as always, it was an exciting two days catching up with the latest developments in the industry as well as friends and colleagues. There were several keys topics, some of which were building on themes that were first mentioned at last year’s Industry Days. One of the main ones was the increased shift towards ‘everything IP’, and the role satellite and SES has to play in that world. Where last year SES saw IP delivery as something that was of importance, and that was coming, it was not necessarily clear where they saw themselves fitting in that world. This year it was apparent that their view of the market, and where they fit within it, and what value they could bring to it, had matured significantly.

One of the main thrusts was as a part of the rapidly emerging 5G ecosystem, with SES being ideally placed to provide a core backbone delivering IP content to 5G base stations, especially in hard-to-reach places. This is especially true for video content over 5G. Satellite is still the most efficient way to deliver the same piece of content to multiple consumers. An Operator, rather than having to route video content via the core network to the 5G base stations, using SES technologies, can broadcast the video content to the ‘edge’ and cache it there for the 5G base stations to use. Satellite-based IP networking is also one of the best ways of bringing the internet to the millions of people in out-of-the-way communities, that still cannot access such services today, and can be a crucial driver for education and social and economic change.

This topic then led into talks on Multicast Adaptive BitRate (MABR) video formats that are designed for delivering video content over the types of networks being discussed, and software-defined networks (SDNs). SDNs look at the network paths available to them and intelligently route the traffic via the most suitable path depending on the nature of the content. This is all done transparently to the user/application and most of the most efficient use of the overall networks. For example, employees searching the web, or streaming music can be automatically routed to a local internet connection rather than having the traffic taking up key bandwidth of the companies backbone that is used for internal systems. Similarly, video content could automatically be sent via a satellite-based IP network path, rather than consuming bandwidth of the core network. 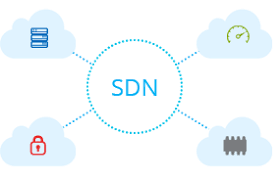 Other themes of the Industry Days, had echos of the DTG summit the previous week, and included targeted advertising, ways of personalising adverts and the technology to insert them into content streams dynamically, and next-generation audio (NGA). Next generation audio promises the viewer object-based audio, where they are in complete control of the audio experience, being able to choose particular commentaries for a football match, hear the crowd noise from their fan’s end of the stadium, and many other interesting features. 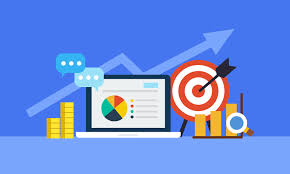 Microsoft and Google both gave interesting presentations as to how their cloud-based video processing and AI services can be used to automatically extract and classify metadata for video content, extract ‘interesting’ scenes for trailers, and use the data to drive audience analytics and targeted content.

Tradition video services were catered for by an in-depth and interesting presentation from Sony and Panasonic on 8k TV and HDR. 8K is on the horizon with the first TVs starting to ship and broadcast services planned for launch for the 2020 Olympics. The silicon vendor Montage, was also on hand to provide an overview of their upcoming chipsets for enabling satellite TV reception.

The award for the most exciting presentation probably goes to SpaceX, with the video footage of their spectacular rocket launches, crashes, explosions, and ultimately the amazing site of a controlled landing of rocket boosters after a successful launch. Being able to reuse rockets is a major factor in being able to reduce the cost of launching satellites and has the potential to have a significant impact on the sector and the uptake of satellites as a means of distributing IP and traditional TV content.